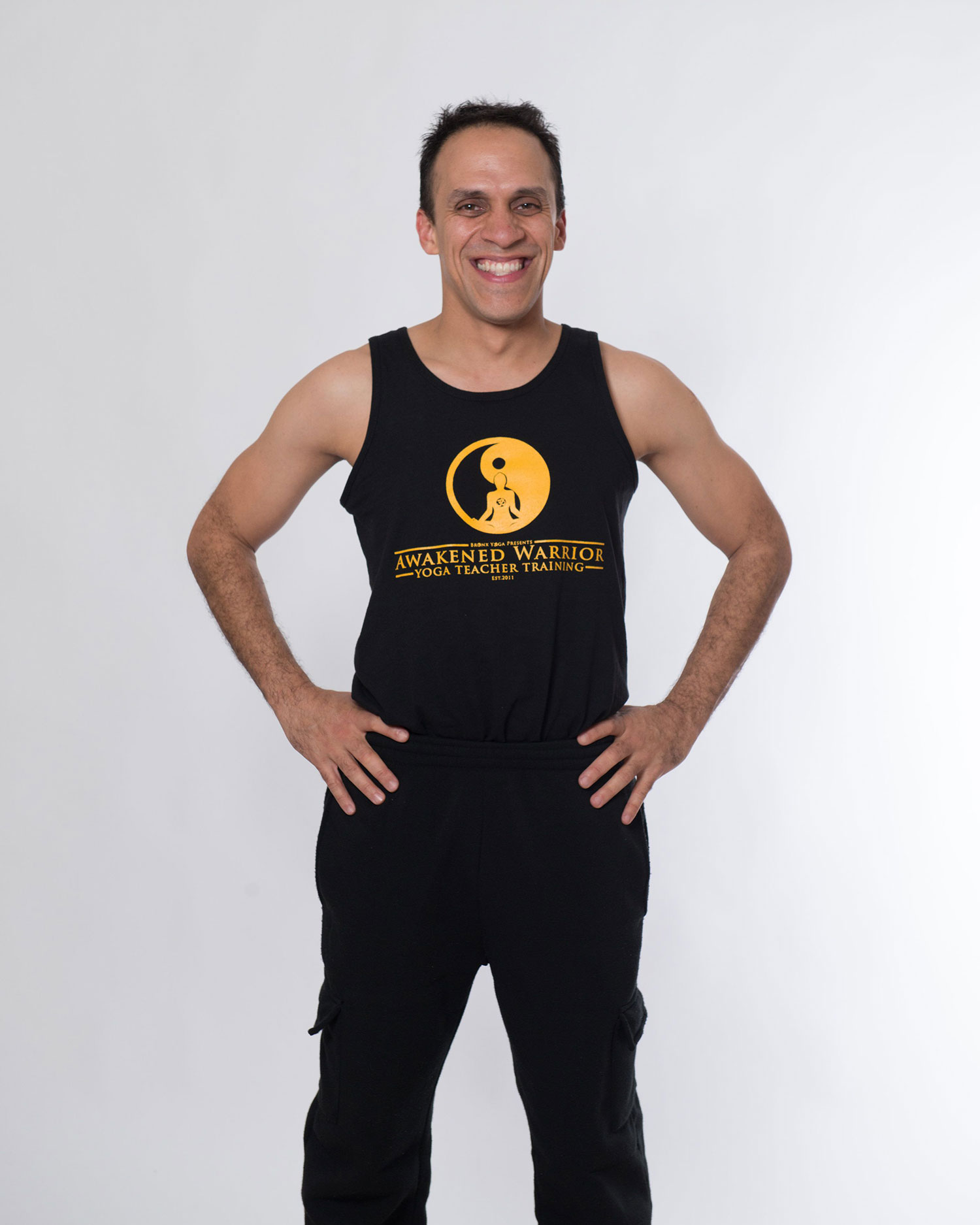 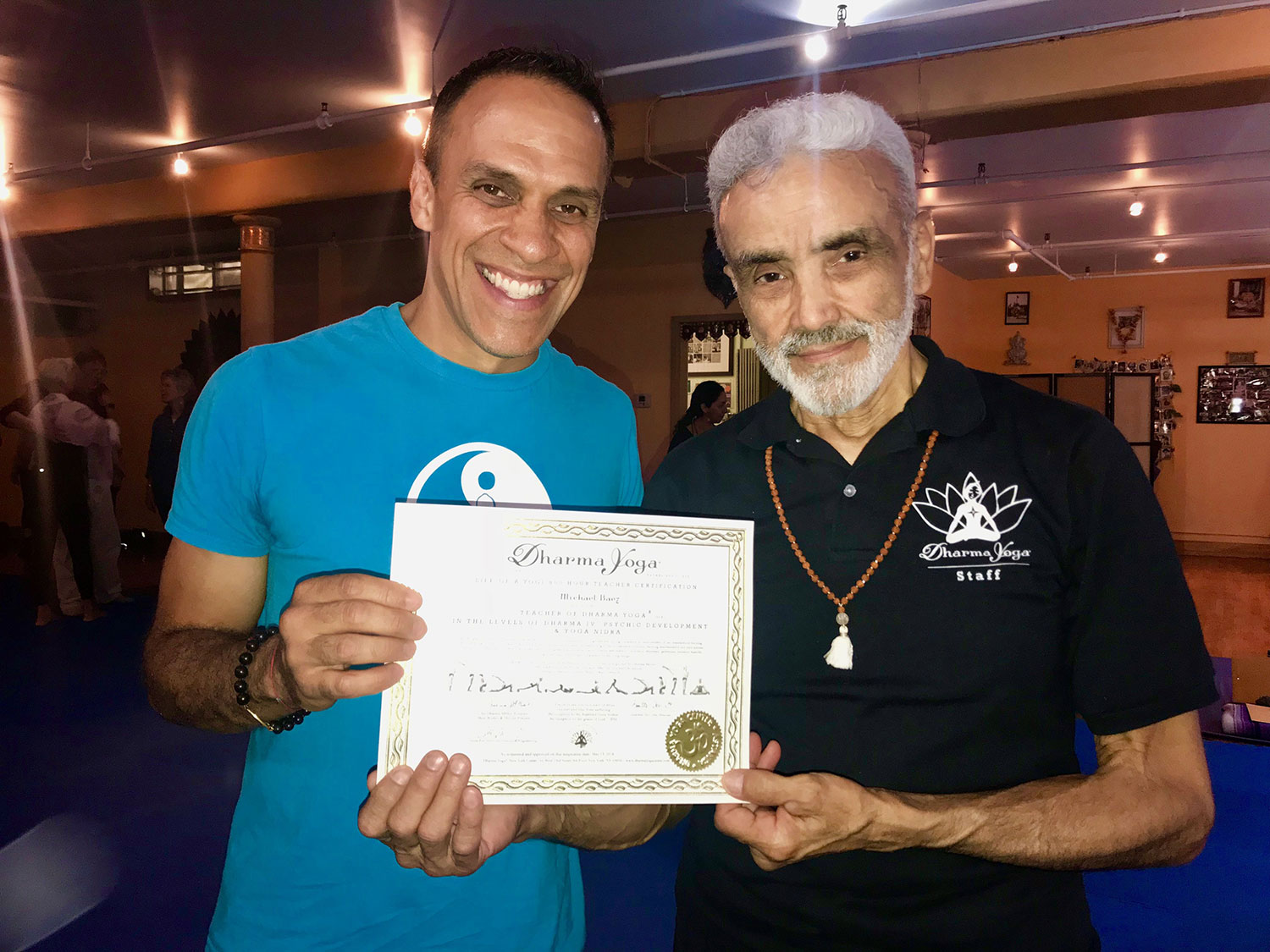 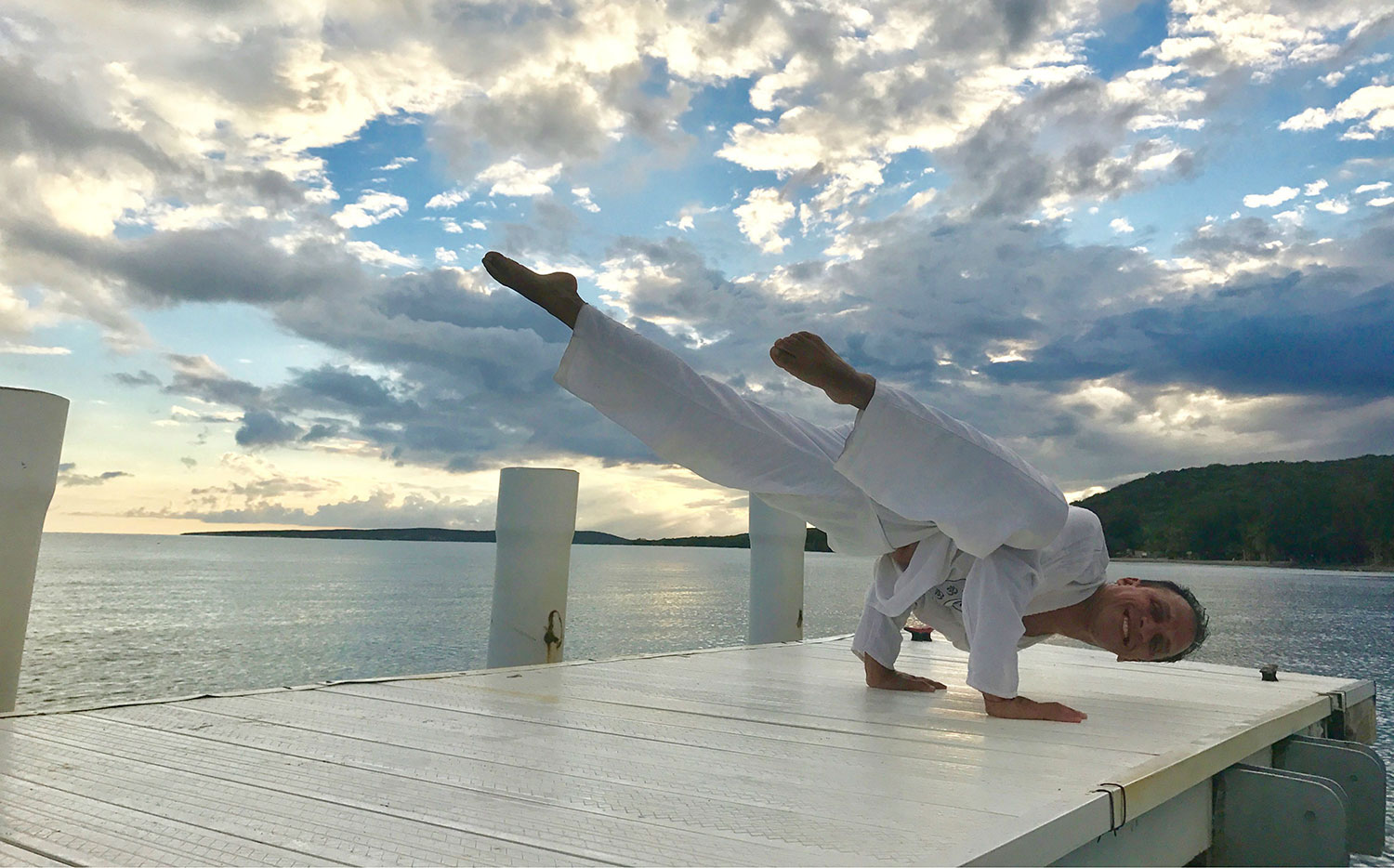 Michael first discovered yoga 13 years ago when he moved to L.A. from N.Y. A good friend of his named Onahoua Rodriguez, took him to a ‘living room’ yoga class and 10 minutes into the class he was hooked!

Previously, Michael had achieved his 2nd degree Black Belt under the instruction & mentorship of Jerry “Fast Feet” Fontanez. For 10 years, Michael taught at all 5 of the Fontanez Karate schools all throughout New York. Michael soon noticed the similarities between yoga & the martial arts were incredible; from the breathing, balance, flexibility, meditation, focus and concentration, everything but the ego!

In 2009, Michael became a certified yoga teacher through Bamboomoves, by its founder Andrew Tanner. In fact, Michael’s graduation ceremony was held at the grand opening of his own Bamboomoves yoga studio. It was one of the very first yoga studios in the Bronx. In 2011, Michael created his own certification program, Awakened Warrior Yoga Teacher Training – with now close to 150 participants from all over the world!

Michael’s classes & trainings include the philosophies & teachings of yoga with the discipline and power of the martial arts as well as a ton of personal development! He’s studied with Tony Robbins for over 20 years and has completed Tony’s Business Mastery and Mastery University (includes Date with Destiny, Life Mastery & Wealth Mastery) programs twice!

Michael is now an E-RYT 500 and 800 hour certified by Sri Dharma Mittra. 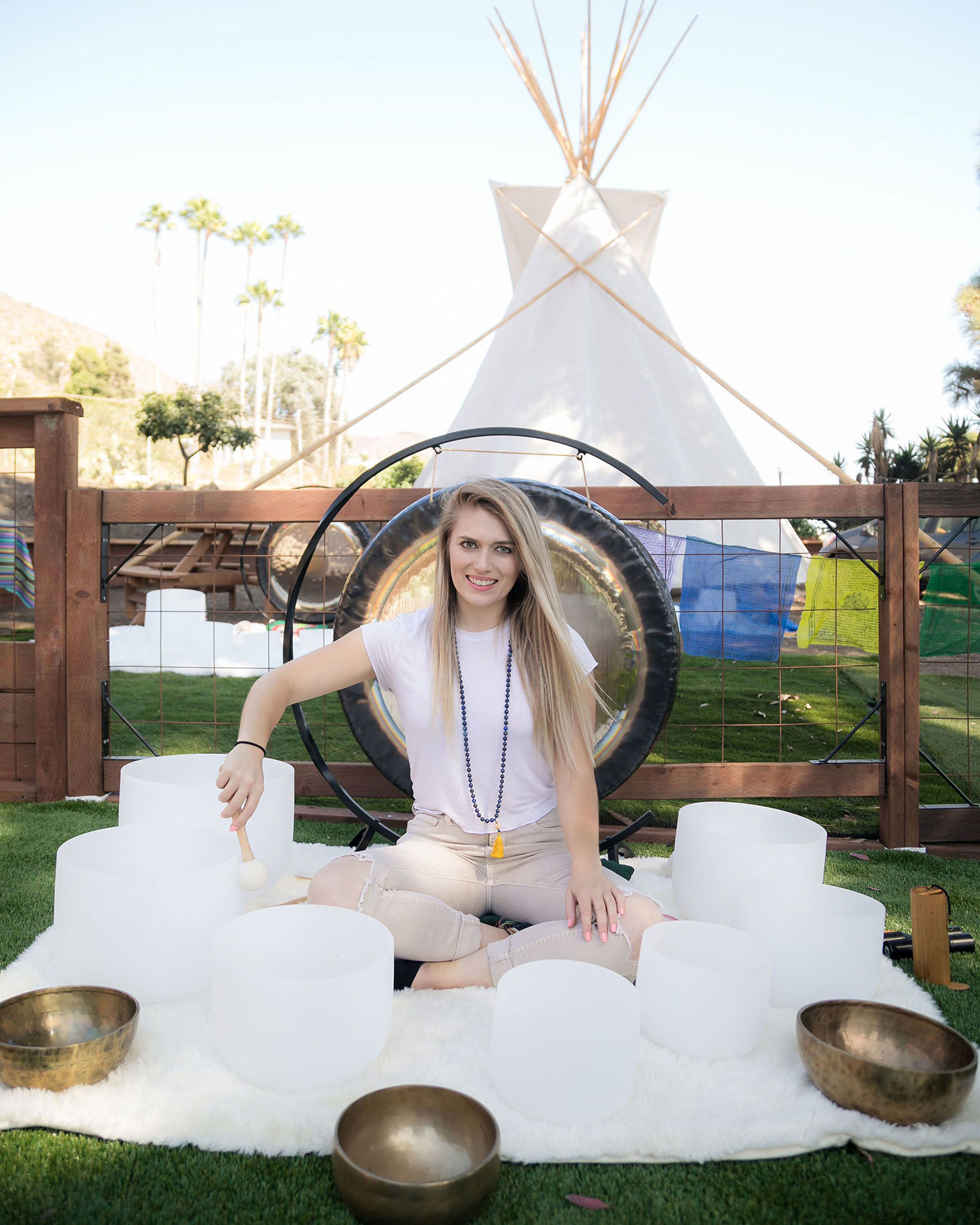 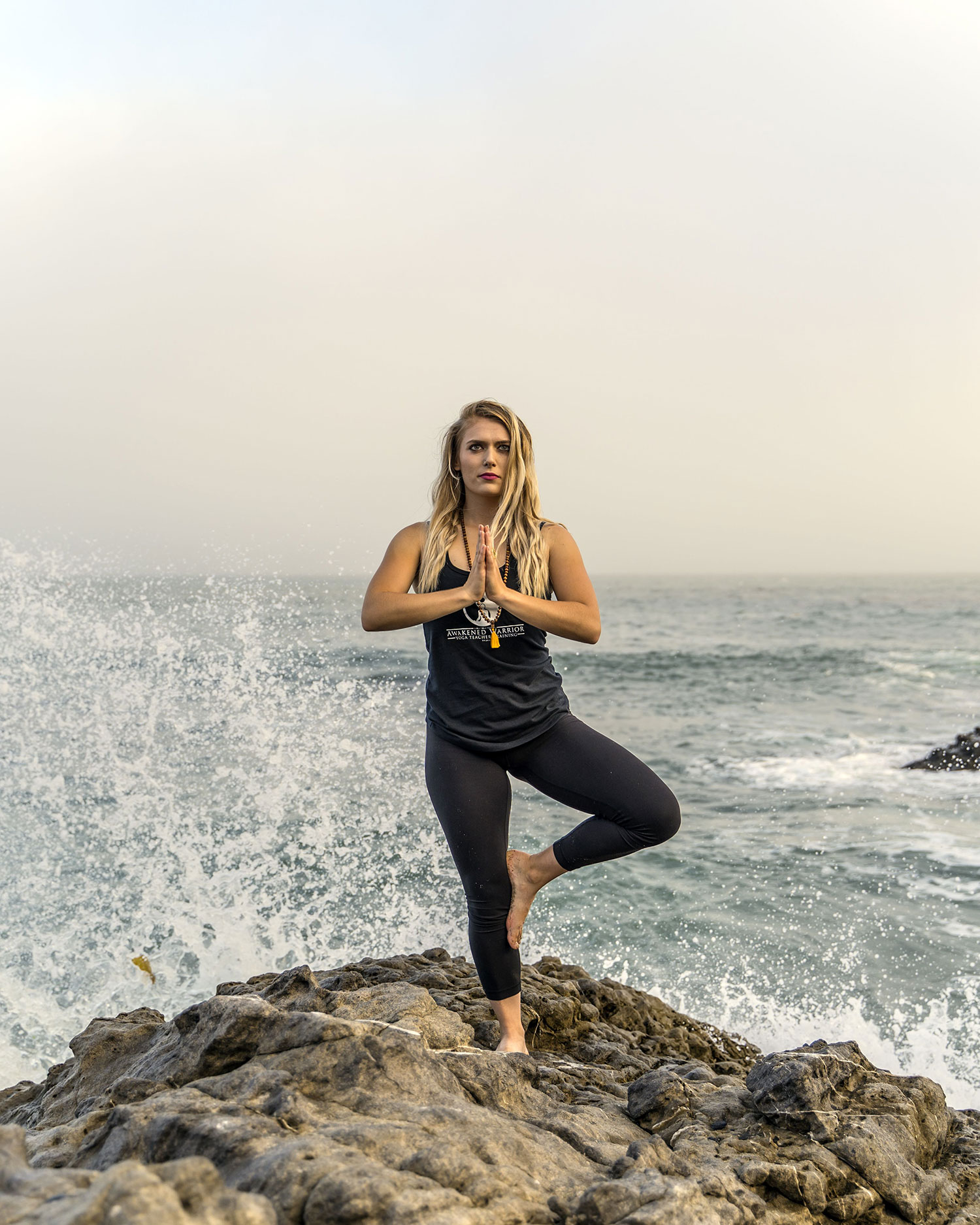 Breanna Blair is a certified 500 hour trainer with the Awakened Warrior Yoga Teacher Training. She has personally guided dozens of trainees from their very 1st day of teacher training to their graduation ceremony! She is a certified Sound Healer who has lead sounds baths for A-list celerities, music festivals, and local studios in Los Angeles, New York, and Indiana. She will soon be certified as a prenatal yoga teacher, and is currently a Doula who is passionate about helping women who are ringing new lives into the world and is equally passionate in helping people discover their past lives as a Quantum Healing Hypnosis Practitioner. Jonisha Rios is not only the Co-Founder of the Awakened Warrior Yoga Teacher Training, a 500 hour certified yoga teacher, a published author, she is also a gifted medium and channeler.

She had been highly intuitive since she was a little girl. She is able to share messages from loved ones who have crossed over to the other side, helping her clients with their emotional healing process.

And as a result of her intuitive gifts and a big believer & practicer of Feng Shui, Jonisha helps people clear the clutter in their homes; whether it be physical or spiritual. 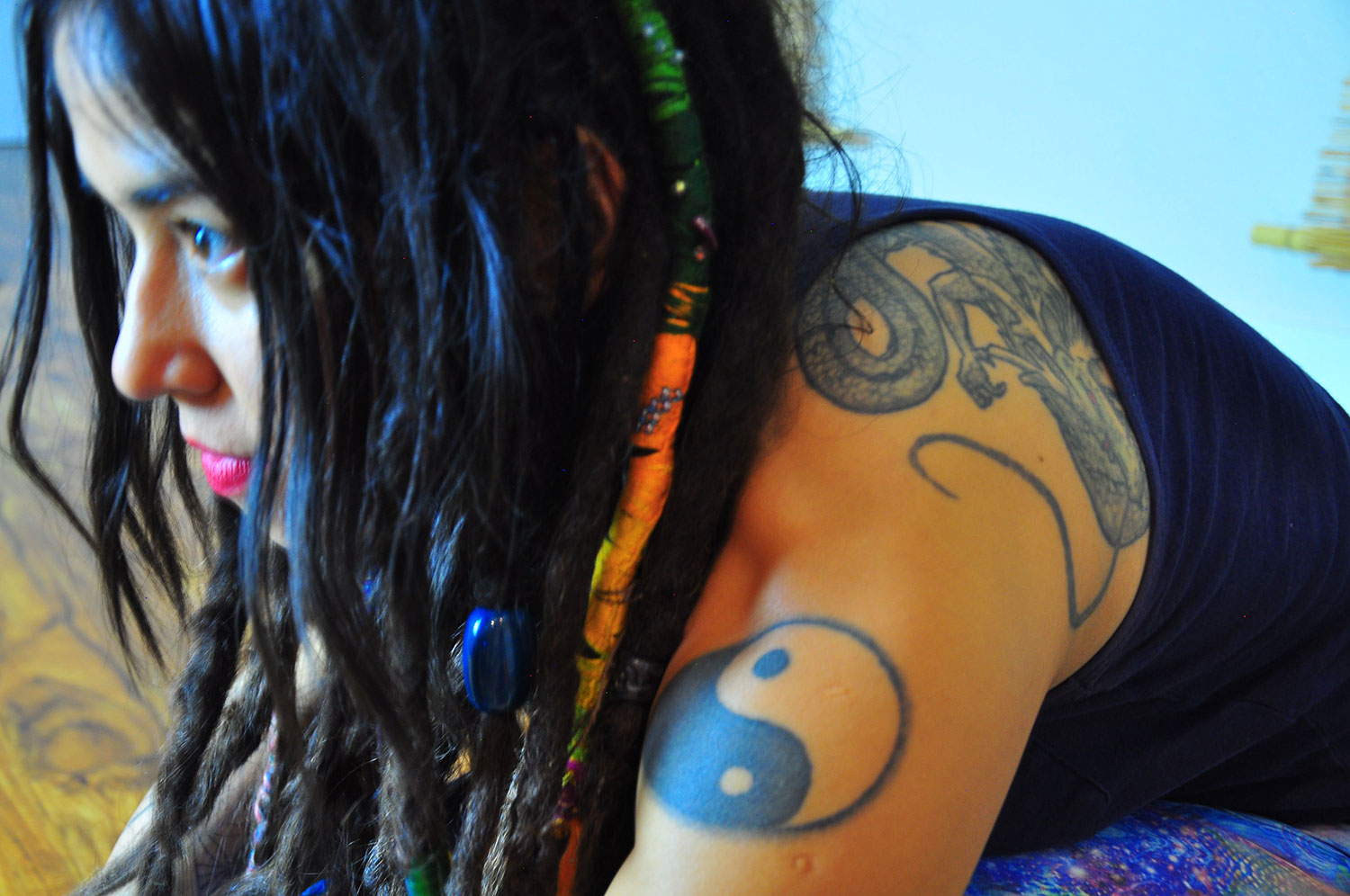 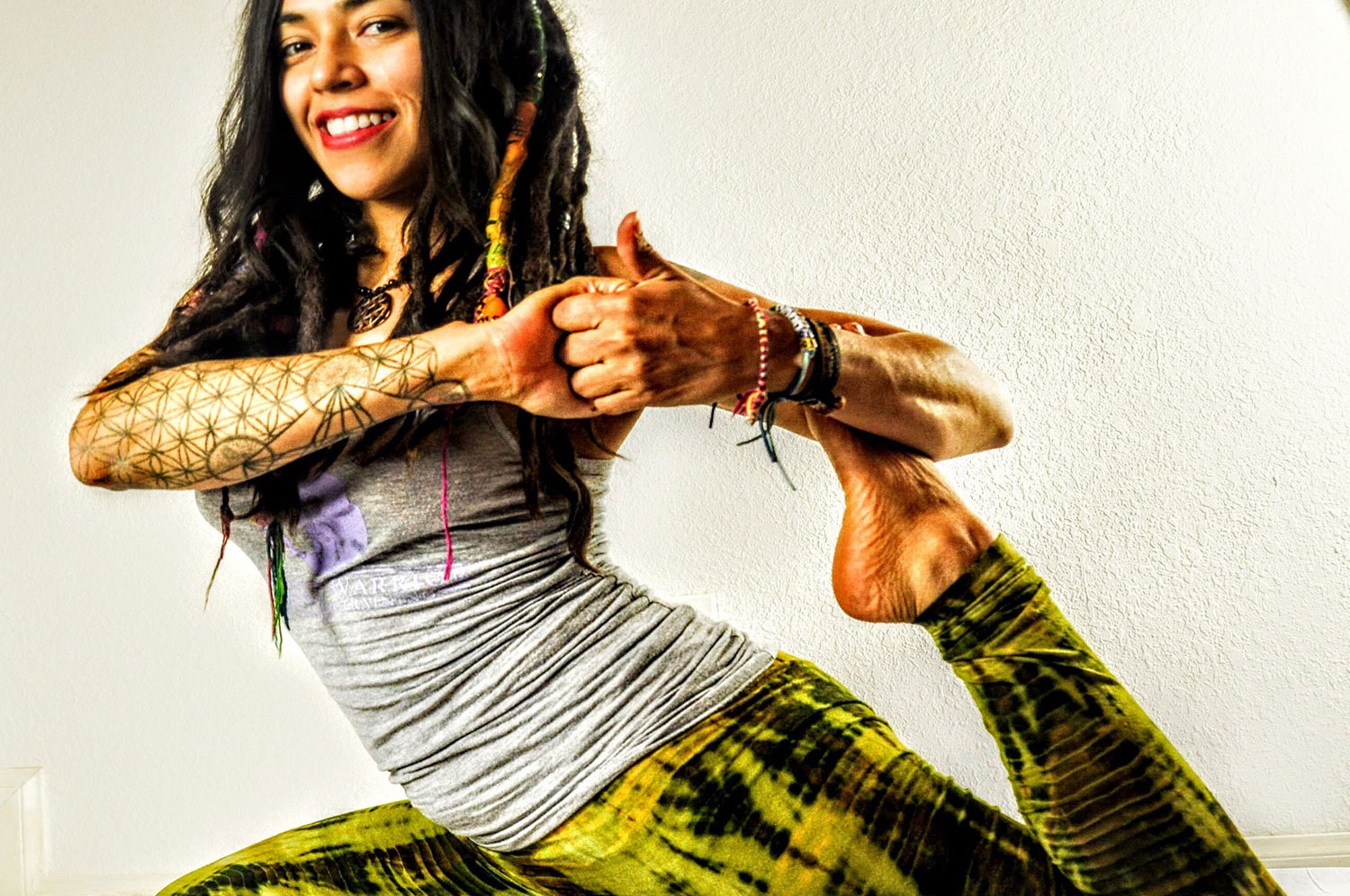 Suzy’s first memory of yoga was at the early age of 11 years old as she laid in savasana at an after school yoga class in Argentina. She remembers this like it was yesterday. The soothing voice of her teacher, guiding her thru the relaxation of each part of her body, until the mind was quiet and it was then, when she first recognized inner peace. As the years went by she would slip in and out of yoga and it wasn’t until 2011, due to an extreme unknown physical pain, Suzy would start to make her way back home to yoga. “When I experience pain it reminds me that I’m unaligned, so i seek to align myself with the highest essence of myself and the divine… that is yoga to me.”

Suzy graduated college in 2010 and in 2013 she volunteered to sit in at ‘Emerging Leaders Academy’, in where she was introduced to various self-development tools and leadership skills. This is when she had a vision, clear as day, to become a yoga teacher. In 2014, after searching for the right fit, she was introduced to Michael Baez and his program the ‘Awakened Warrior Yoga Teacher Training’, a training that was not only driven by discipline and leadership but also spiritually driven and teaches love for the self and for others. Suzy graduated from their 200 hour yoga teacher training in 2014 and since then she has been practicing and teaching private classes and workshops.

Suzy resumed her studies with the ‘Awakened Warrior Yoga Teacher Training’ in January 2016 and has recently completed their advanced 300 hour ‘Leadership’ certification and is now a certified 500 hour yoga teacher and an Awakened Warrior teacher ‘trainer’, recognized by Yoga Alliance. She has also taught at several Yoga Expos: the Los Angeles Convention Center in January 2016, Santa Clara in July 2016 and will be teaching once again at the Los Angeles Convention Center, December 2016. 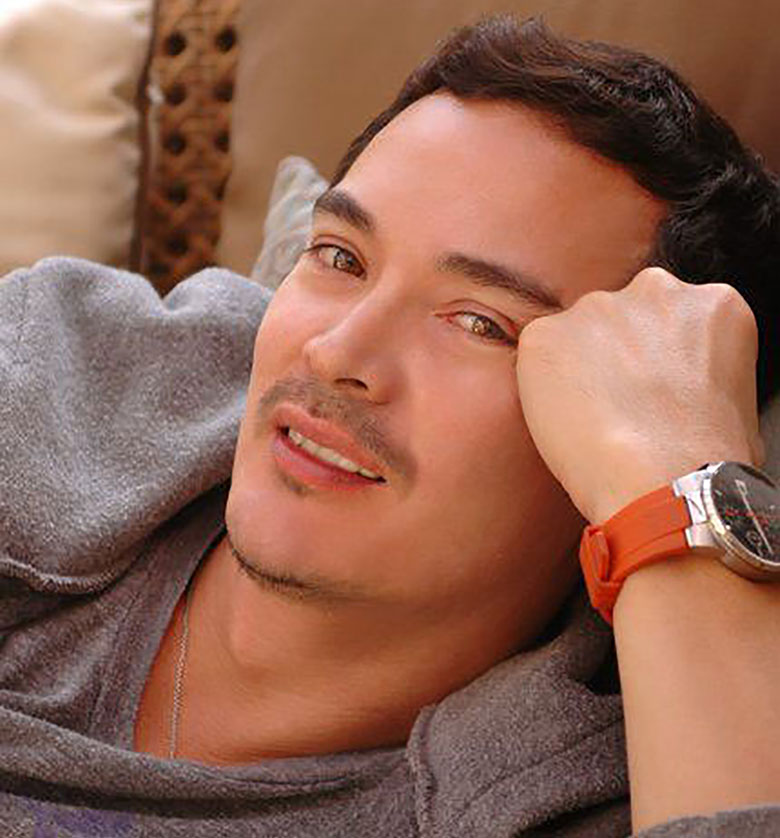 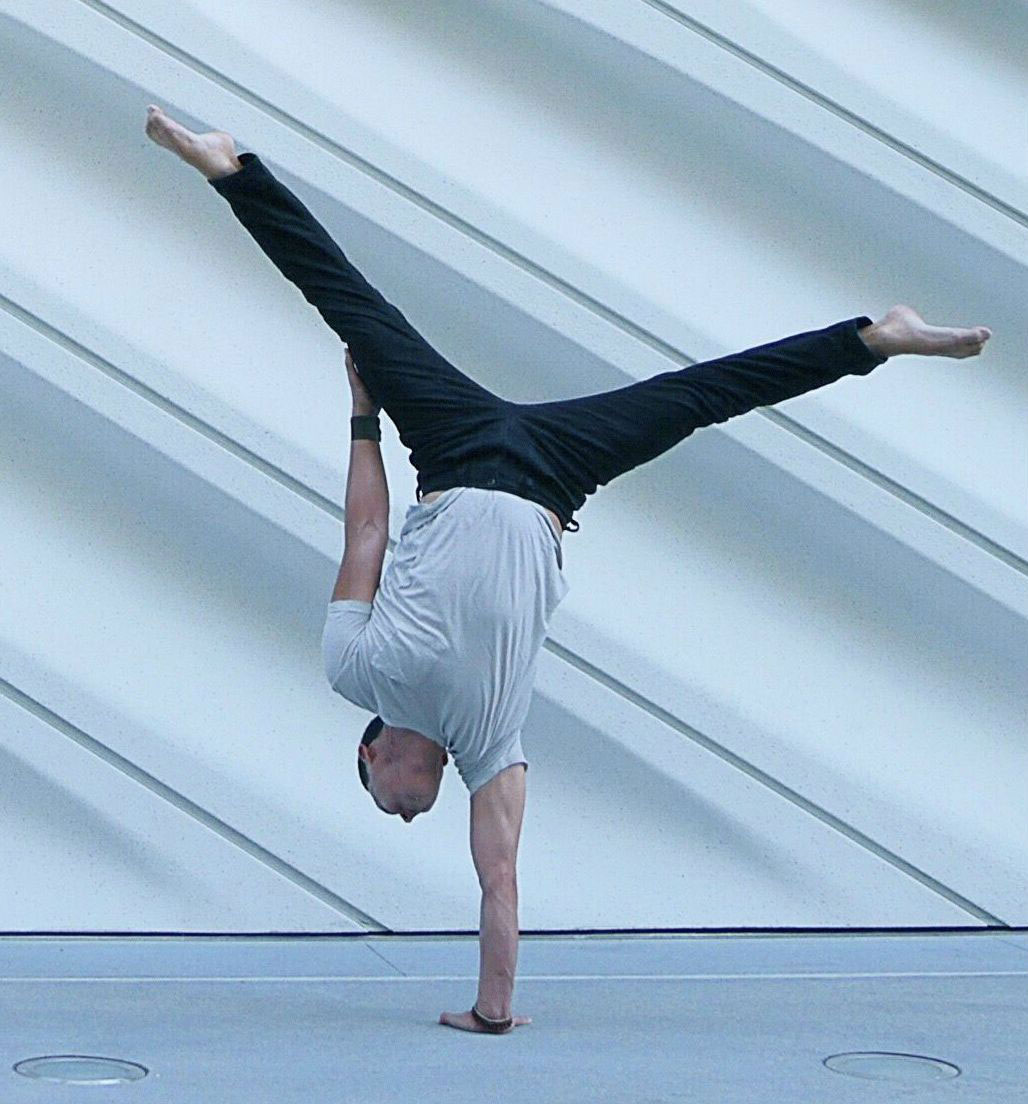 Formerly a competitive UCLA gymnast, Joe Love brings 18 years experience as an athlete as well as a natural creativity to his yoga. Having worked through various difficulties and injuries in gymnastics, he believes that when it comes to our practice balance is key. By listening to our bodies, knowing when to strengthen and when to soften, and practicing consistently and eating healthy, we maintain a healthy body-mind and ultimately become what we practice.
Joe has studied with a diverse and distinguished mix of teachers the world over including teacher trainings with Saul David Raye, John Friend, and an Advanced 500 Hour with Sri Dharma Mittra. In 2009, he also spent a month in Mysore, India Studying Classical Ashtanga at K. Pattabhi Jois Yoga Institute. A native of Oklahoma with mixed Vietnamese ancestry, Joe brings a fun-spirited, soulful, invigorating flow as well as a keen knowledge of alignment principles to all of his classes. He teaches and leads Vinyasa Flow classes and workshops nationally and abroad, and is also a Ba Qua Tai Chi/Qi Gong Instructor, Traditional Thai Yoga Therapy Massage Practitioner & CMT. 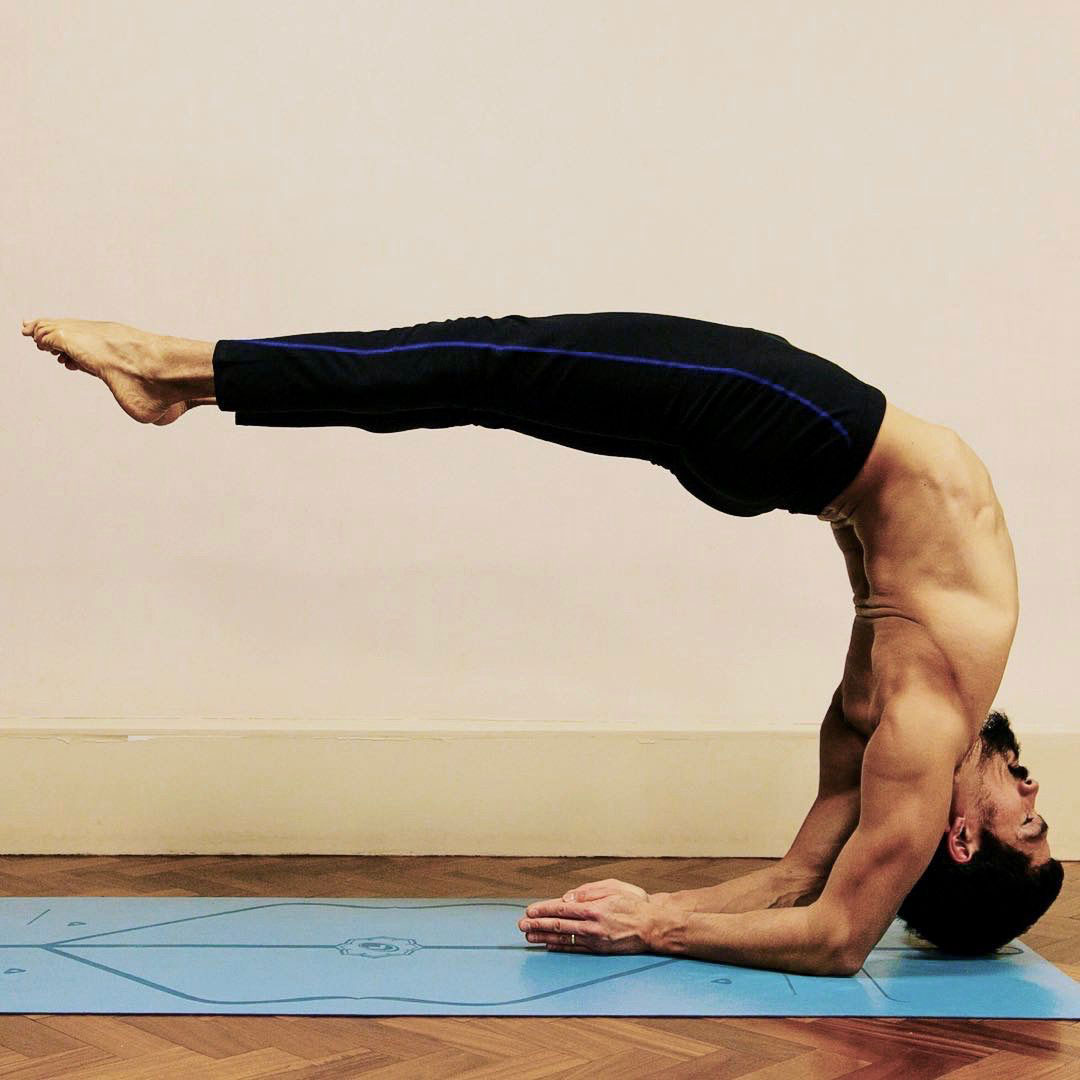 Yoshio Hama started practicing yoga in Caracas, Venezuela in 1999. Between 1999 and 2008 he had the opportunity to study Vinyasa Yoga, Ashtanga Yoga and Iyengar Yoga under the guidance of different yoga instructors. In 2008, he came to

New York with the intention of practicing and studying all styles of yoga.

The first studio he visited was the Dharma Yoga New York Center, and his first class was with Sri Dharma Mittra. This day he started his new life. He found his Guru, found his yoga, and found a new spiritual family. He has never taken class in another yoga studio in New York to date.

He is a 1,000-Hour Dharma Yoga Certified Teacher. For him, to teach Dharma Yoga means to transmit Sri Dharma’s message of compassion, collective mind and love for God. He is honored to be able to share this gift with the Awakened Warrior Yoga Teacher Trainees. She is E-RYT 200 Certified through Yoga Alliance and a graduate of a teacher training offered at Michael’s studio in the Bronx. Nicole currently teaches at Anahata Yoga Studio, Maritime College, and a community center, as well as teaching private, prenatal, and group classes throughout New York. Nicole has been teaching Ayurveda workshops for the past three years privately and in yoga studios and for the past two years as part of the Awakened Warrior Yoga Teacher Training.
Inspired by Michael, Nicole has been running a “21 Days to Wellness” program over the last year that she created, incorporating Ayurveda, Yoga, and Meditation for a full 21 Days of mind, body, and spirit detoxification and balance. In addition to her certification as a yoga instructor, Nicole is a certified crystal healer, has been trained as an Oneness Blessing Giver, and intertwines spirituality with the physical practice of yoga in every class. 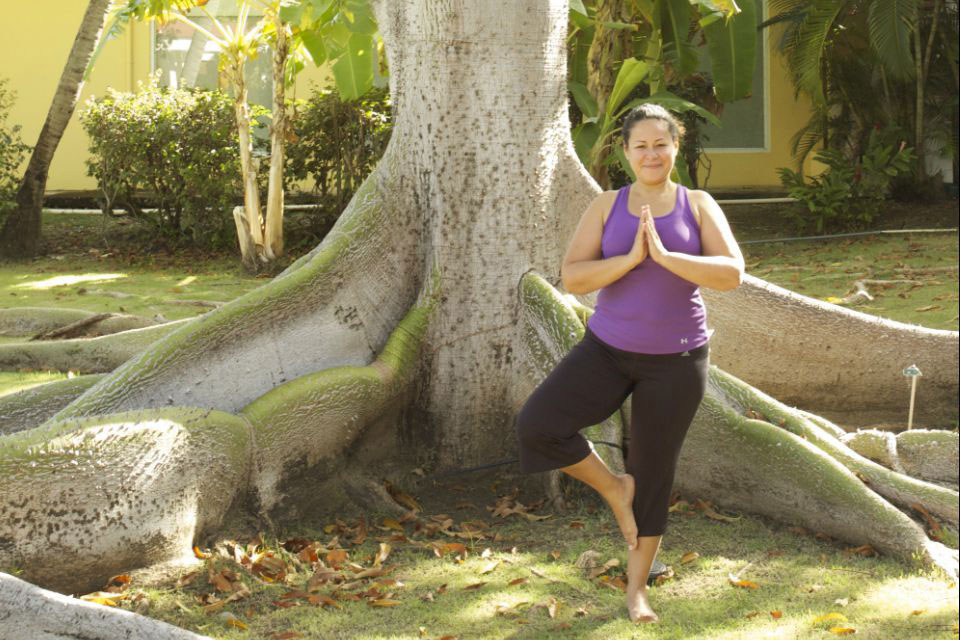 Denise Rivera combines her enthusiasm and love of yoga to make classes that are fun with easy-to-follow instruction that encourages students of all levels to work deeply while honoring and working within their capability. Denise began teaching Yoga after 15 years in the video production and photography industries in order to make a positive change in her life and share that with others.

Denise is a 200-ERYT certified instructor. She received her 200hr training with the Bamboomoves Yoga Teacher Training, at Michael’s yoga studio in the Bronx, as well as Prenatal Yoga training with Samba Yoga and Kids Yoga training with Karma Kids. Denise is a also a practicing Reiki Master, Crystal Healer, Oneness Blessing Giver and a NYS wedding officiant through the Universal Life Church. She has been part of the Awakened Warrior Yoga Teacher Trainings for 6 years now and is in the process of getting her 500 hour certification.