A yoga master who has dedicated his life to the karma yoga or selfless service of sharing the accumulated wisdom gained through constant practice and teaching over a half-century at his school in New York and around the world.
Sri Dharma Mittra has dedicated most of his life in service to humanity teaching yoga, the ancient knowledge of how to attain radiant health and develop spiritually. Since 1967, he has been teaching classical yoga: advanced postures, Yama and Niyama, and how to lead a content, simple and happy life.
Sri Dharma was born in 1939 in the small, remote village of Pirapora, Brazil and was raised Catholic in a poor family of 5 children. In his early teens, he became involved in esoteric teachings and yoga through books his younger brother was studying. From 1958 through 1964, Sri Dharma served in the Brazilian National Air Force and practiced bodybuilding, wrestling and Brazilian Jiu-Jitsu. 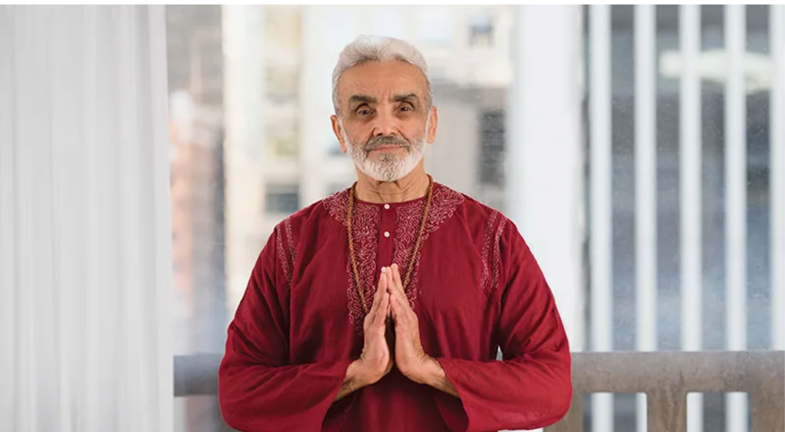 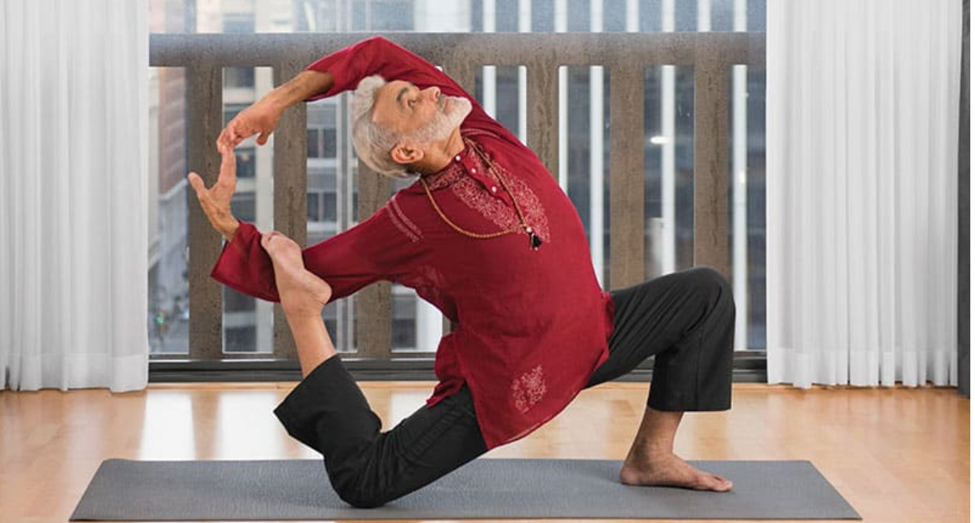 In 1962, he took top honors in a national bodybuilding contest, achieved second place in powerlifting and was awarded the title “Mister Minas Gerais” (the state in Brazil he is from).
As above, Sri Dharma had only practiced yoga through books in his late teens when his younger brother Sattya went to New York City to meet and commence studies with their future Guru (teacher; spiritual preceptor) in 1962.
Sattya wrote to Sri Dharma about Sri Swami Kailashananda a.k.a. Yogi Gupta, and extended an invitation for him to come to New York City, stay with him and meet the man they had both been hoping to meet. Sri Dharma took leave of his mother, left the Air Force, sold the bodybuilding gym he owned and managed, and he gathered together just enough money for the flight to the United States.
On September 14, 1964, he and his brother met on MacDougal Street near Sattya’s Leroy Street apartment in the heart of Greenwich Village, filled with the colors of the 1960s. The very next day, Sri Dharma had a private consultation with the Guru with his brother serving as translator.
After meeting his Guru, Sri Dharma immersed himself in intense study and practice of the classical Eight Limbs of Yoga and dedicated ten years of his life to the full-time practice of Karma Yoga. After three-and-a-half years, Sri Dharma was initiated as a Sannyasi (one who renounces the world in order to realize God). During his years as a renunciate, he had the esteemed honor of being the personal assistant to the Guru, attending to all his needs.
In 1967, Sri Dharma was asked to teach intermediate and advanced classes in Asana (postures) and Pranayama (breathing exercises) at the Yogi Gupta New York Center both for his fellow disciples and the general public. He was also involved with preparing food, manning the juice bar and was the main handyman.
Sri Dharma demonstrated Yoga Asana at the lectures the Guru offered to the public in the ’60s and ’70s in hotel ballrooms all around New York City. With Yogi Gupta’s blessings, Sri Dharma left the ashram in 1974 to found the Yoga Asana Center in 1975, known of now as the Dharma Yoga Center. 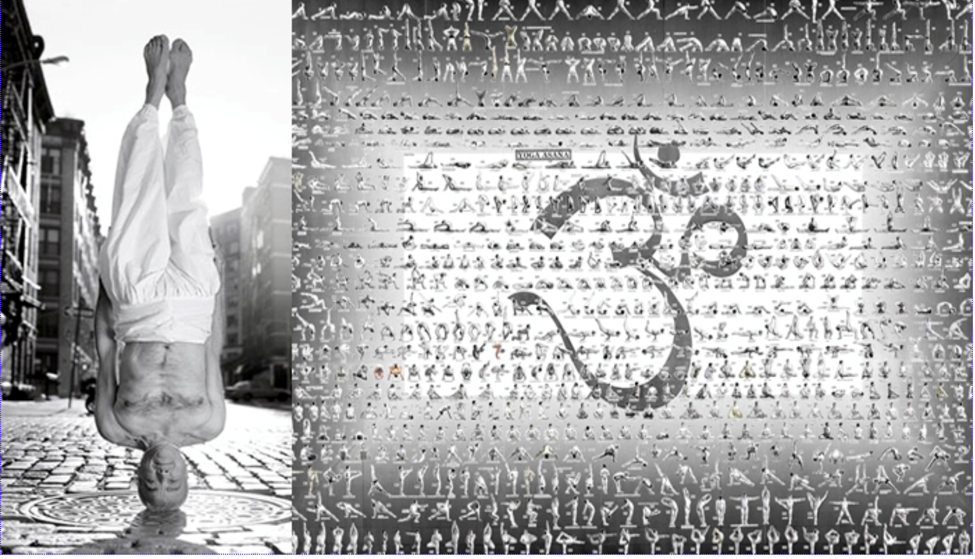 Sri Dharma left the ashram to live his destiny — a life dedicated to sharing and spreading the truth, knowledge and light of God through yoga in the most humble and quiet of ways. Over the years, the Dharma Yoga Center was located at many locations throughout Manhattan. It is currently located on the 6th Floor of 61 West 23rd Street.
For many years, Sri Dharma was the only yoga teacher in New York City teaching advanced yoga postures. Teachers from other schools and ashrams have always come to him to learn, practice, and then teach elsewhere. Sri Dharma is truly a sweet, gentle master who sets the greatest example of yoga by living what he teaches and asking nothing in return. He continues to be that same selfless, shining example today. 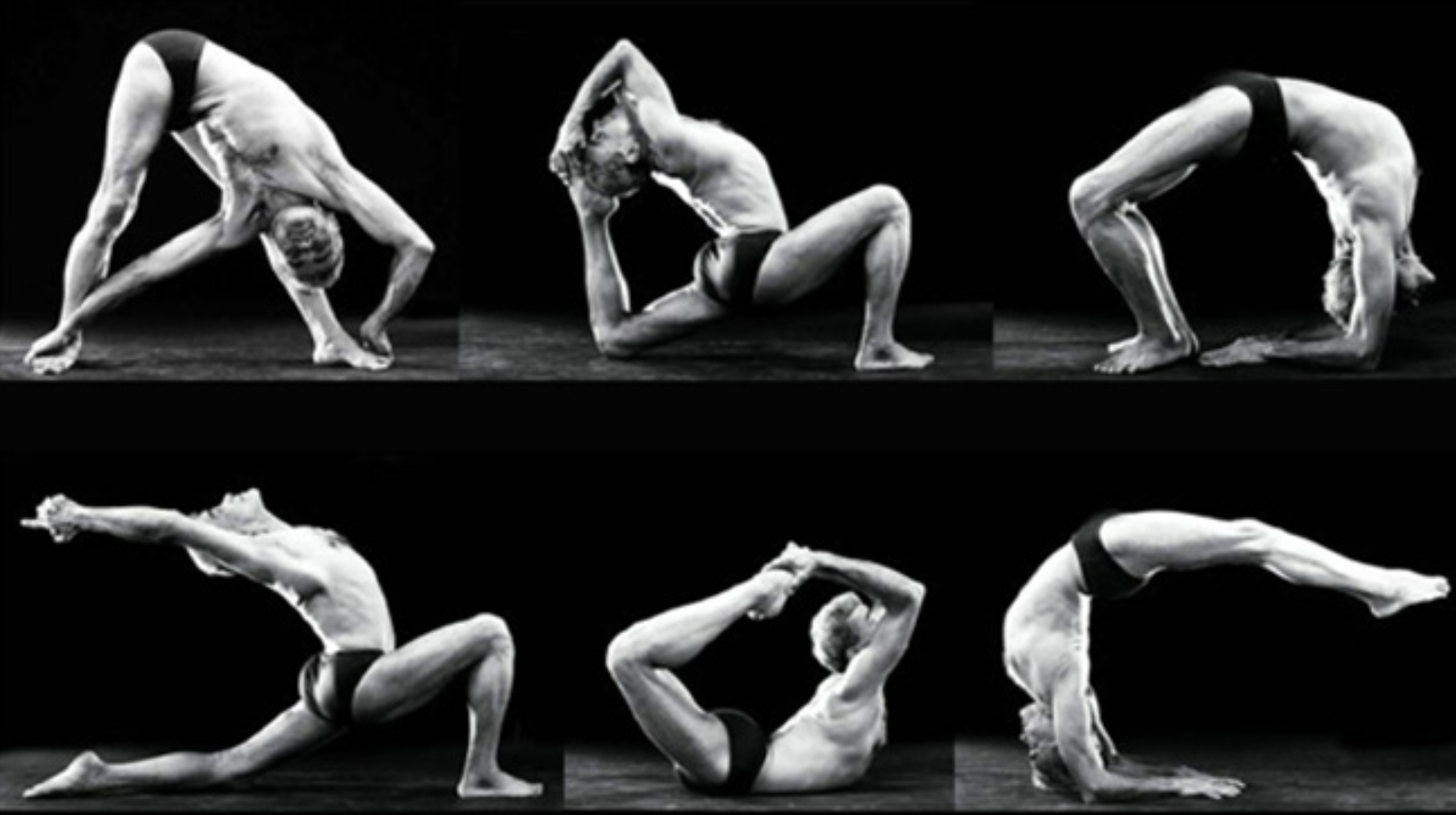